Across the UK and especially across America there are thousands of storage units that tenants have either abandoned, written off or just simply forgotten about. What would you expect to find in them though? A few empty boxes? Some dusty, dilapidated furniture? Millions of dollars earned from an international crystal meth empire? An embalmed corpse?

OK that last one might have caught you out but it’s one of the many bizarre things that have been found in abandoned storage units that were thought to be empty but were in fact anything but. In this case it was a Floridian family who had kept their dearest Grandmother’s corpse in storage for 17. Eventually the owner contacted the family to inform them that due to unpaid rent, he would be selling off the items in their unit to pay their backdated fees. Needless to say he struggled to find a buyer for Granny.

That’s just one example though and compared to some of the items listed below it’s actually not that odd. 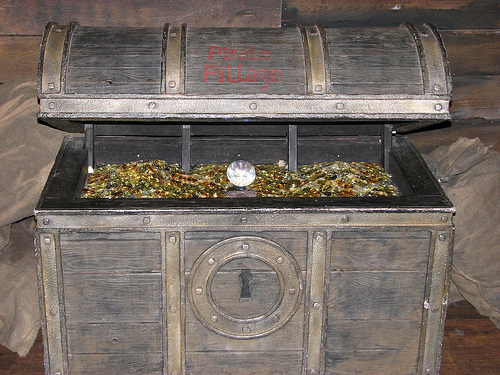 We’ve all seen the Goonies right? Where an intrepid team of young teenagers and their mentally disabled friend ‘Sloth’ overcome the deadly traps of ‘One-Eyed Willie’ and the brutal ‘Fratelli’ family to claim a horde of Pirate treasure and save their town from demolition. Of course, if they’d have been rotting around some storage units in California they needn’t have bothered with all that death-defying hassle. In 2011 a San Jose native literally struck gold when he bought a storage unit in a blind auction that contained around half a million dollars worth of ancient Pirate treasure with piles of gold and silver almost spilling out of the doors.

A storage unit owned by Michael’s famously domineering father Joe Jackson was reportedly found to house a staggering 250 unreleased songs that ‘the king of pop’ recorded between contracts. This means that they didn’t technically belong to Jackson’s family or any record label and the songs were worth potentially millions.

Snakes in a Storage Unit!

Even Indiana Jones is terrified of them so imagine one storage unit owners surprise when he found 32 pythons coiled up in one of his containers! It appears the reptile enthusiast who had been renting the space had been attempting to breed hem in the unit but unfortunately (or fortunately depending on who you ask) when the owner found them they were all no longer with us. The tenant was of course charged under the animal cruelties act.

When a Michigan man won an auction on an abandoned storage unit he was blown away (yes I know it’s a terrible pun) to discover that amongst the assorted detritus was an active hand grenade! He took the grenade to the local fire station where the bomb squad was called to diffuse the device. 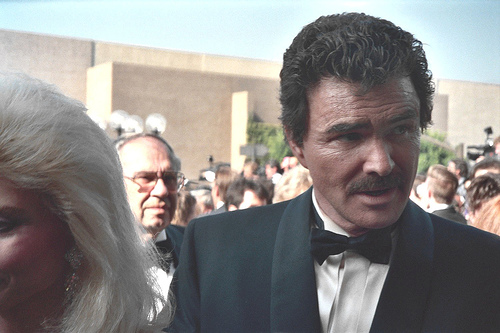 Well not Burt Reynolds himself obviously (no doubt that would have made the news) but the man himself did have a penchant for holding onto memorabilia from his films. A storage unit that he owned in Florida was found to contain a chair made from hockey sticks from the movie ‘Mystery, Alaska’, a horse carriage built by country music goddess Dolly Parton and the actual canoe used in ‘Deliverance’. Unfortunately, it seems that Burt hadn’t been keeping up with his monthly payments so all of his beloved keep-sakes were auctioned off. The buyers decided there was so much stuff that they opened a museum in their home town of ‘Jupiter’ (yes that’s right, Jupiter).

Other items found in storage units range from a comic book worth over a million dollars that once belonged to Nicholas Cage, a range of professional refurbished ancient samurai swords and a complete replica of the ‘K.I.T.T’ car from Knight Rider. And that’s just scratching the surface. It’s in fact been estimated that there are over 50,000 abandoned units in the U.S alone which could contain an estimate of over 1 billions dollars worth of items.

So the next time you see an abandoned storage unit up for auction, think twice before you pass over what could very well be a life changing opportunity!

Any cookies that may not be particularly necessary for the website to function and is used specifically to collect user personal data via analytics, ads, other embedded contents are termed as non-necessary cookies. It is mandatory to procure user consent prior to running these cookies on your website.