When you’re moving into a new home, the new life ahead of you is an exciting prospect. It’s full of possibility and hope. It symbolises a whole new life and you want the transition to go as smoothly as possible. That’s why so many rituals have developed across the globe around moving into a new property.

Here’s a round-the-world tour of some of the most interesting and bizarre superstitions and rituals to bring luck and cast out any negativity. If you’re moving house in the near future, why not try some of these for yourself? 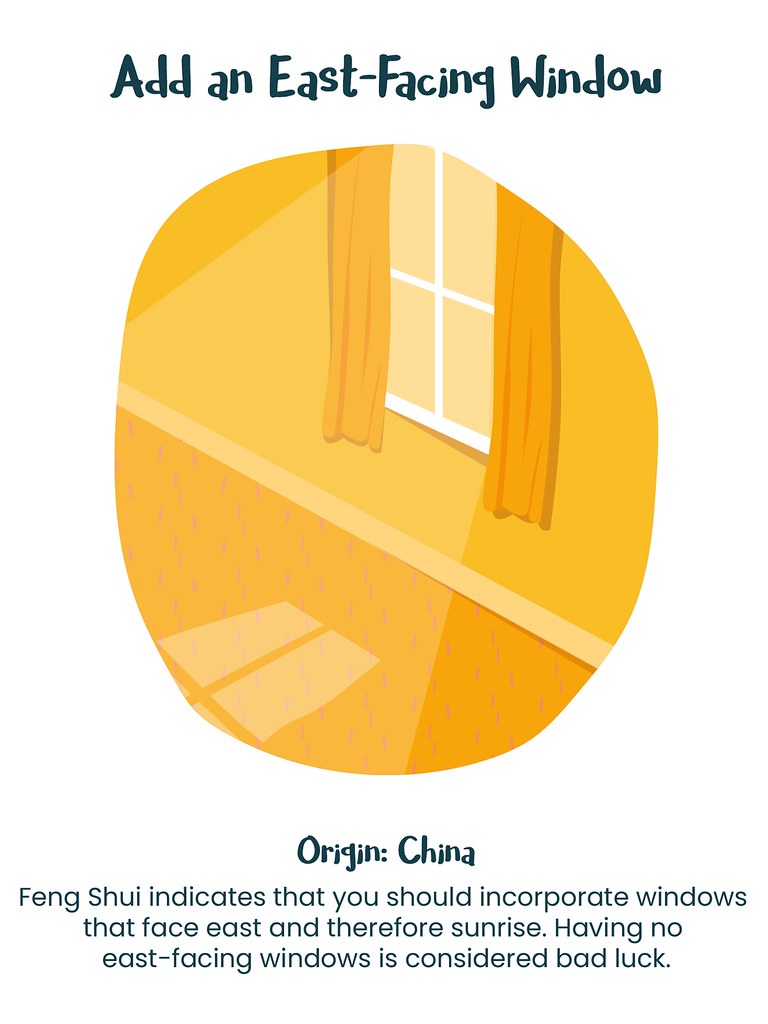 If your house doesn’t have an east-facing window, it’s thought to be bad luck in traditional Feng Shui. The sun rises in the East and having a window which faces this direction will allow in its energy, bringing hope and good luck. 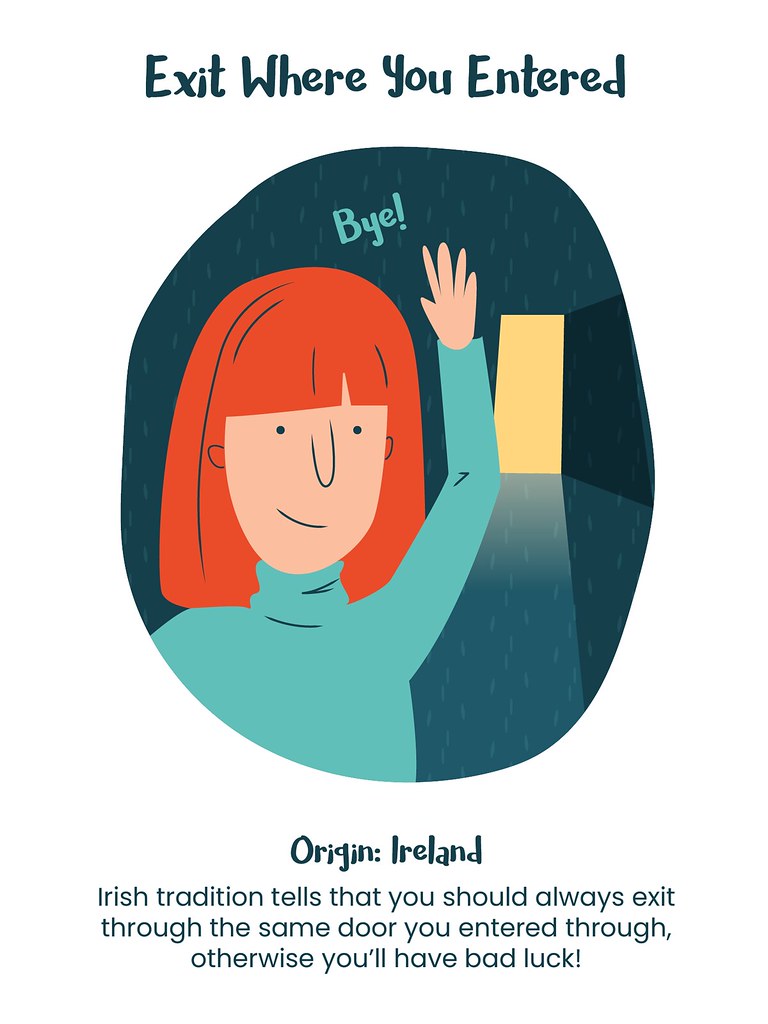 Go Out the Way You Came In

This tradition encourages visitors, and yourself, to exit your new home through the same door they entered. The reason for this isn’t clear. Some say it’s just plain bad luck to exit through a different door. Others say it means you take any energy you brought into the home back out with you, so any negative or bad energy isn’t left in the home. 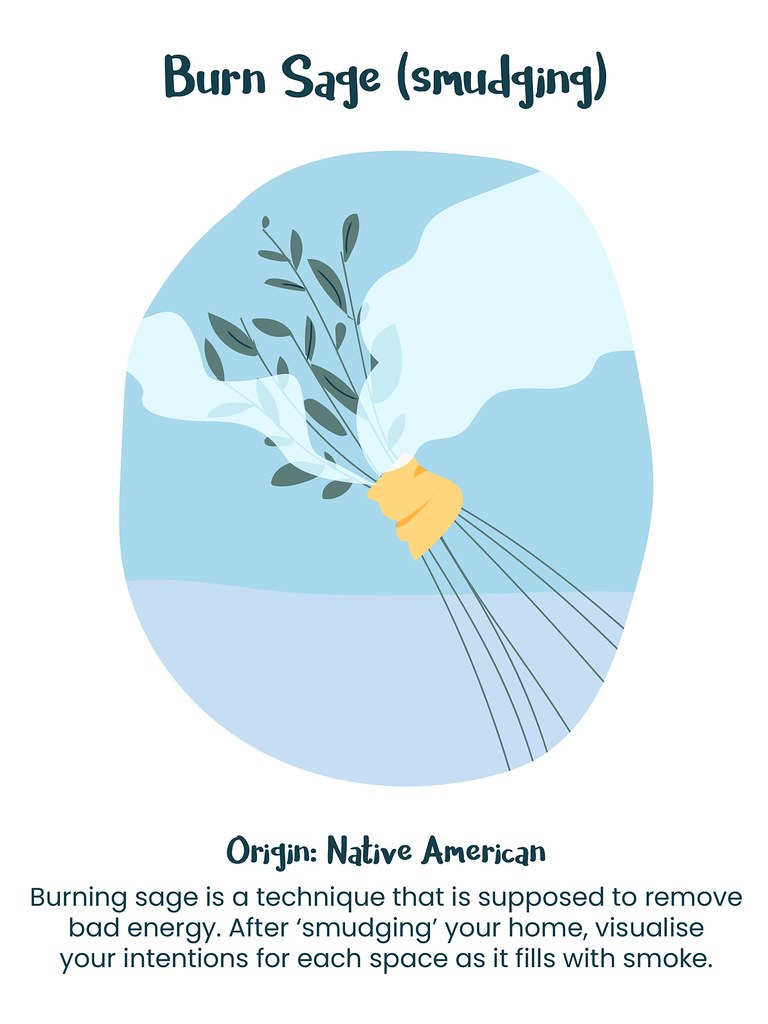 If you can get hold of some dried sage, burning it can help to clear out any negative energy. To do this, you should light the sage, gently blow the flame out and leave it to smoke in a fire-proof container. Make sure this smoke gets into the corners of the room to rid it of any negativity. 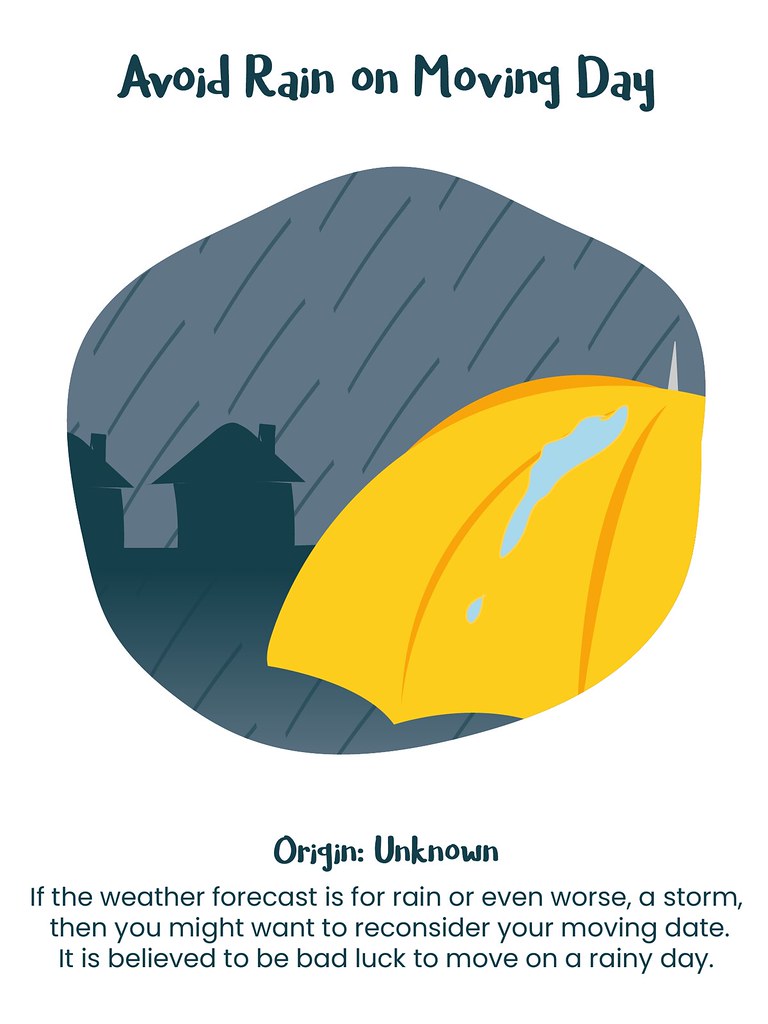 Don’t Move on a Rainy Day

It’s as simple as that. A rainy moving day is said to be bad luck. It won’t make things easy either, as you’ll probably be treading mud in and out and getting wet through as you carry in your possessions! 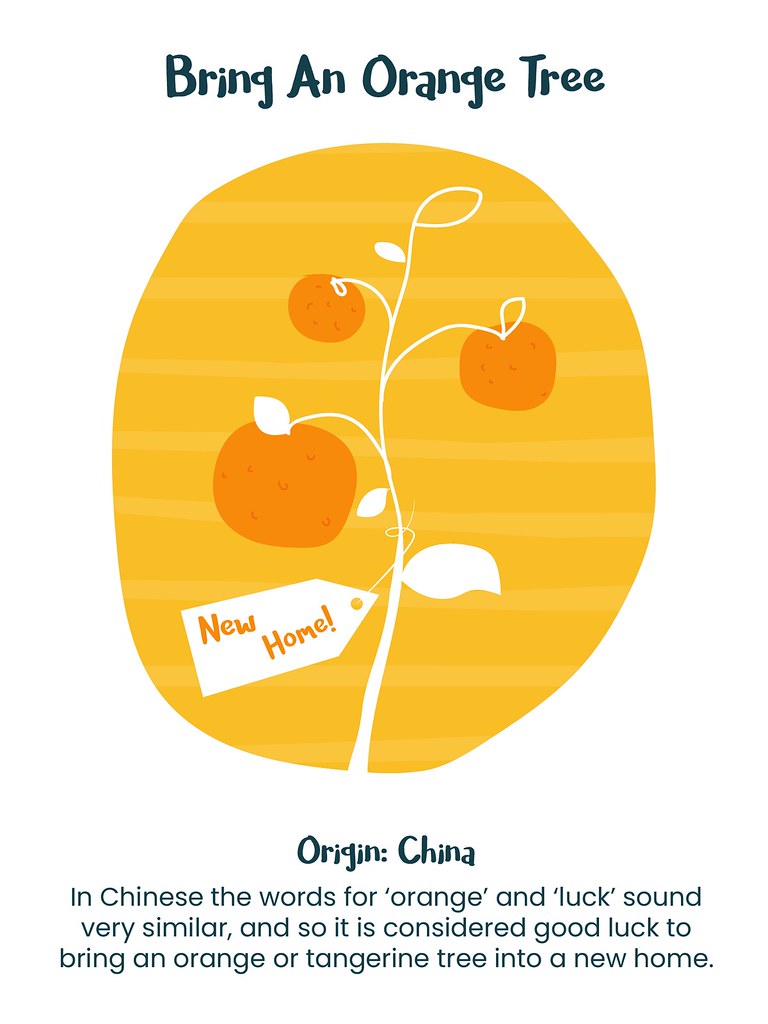 Planting an orange tree in the garden of your new home or bringing one to someone’s house as a gift is a symbol of luck in China. This is simply because the words for ‘orange’ and ‘luck’ sound very similar in Chinese! 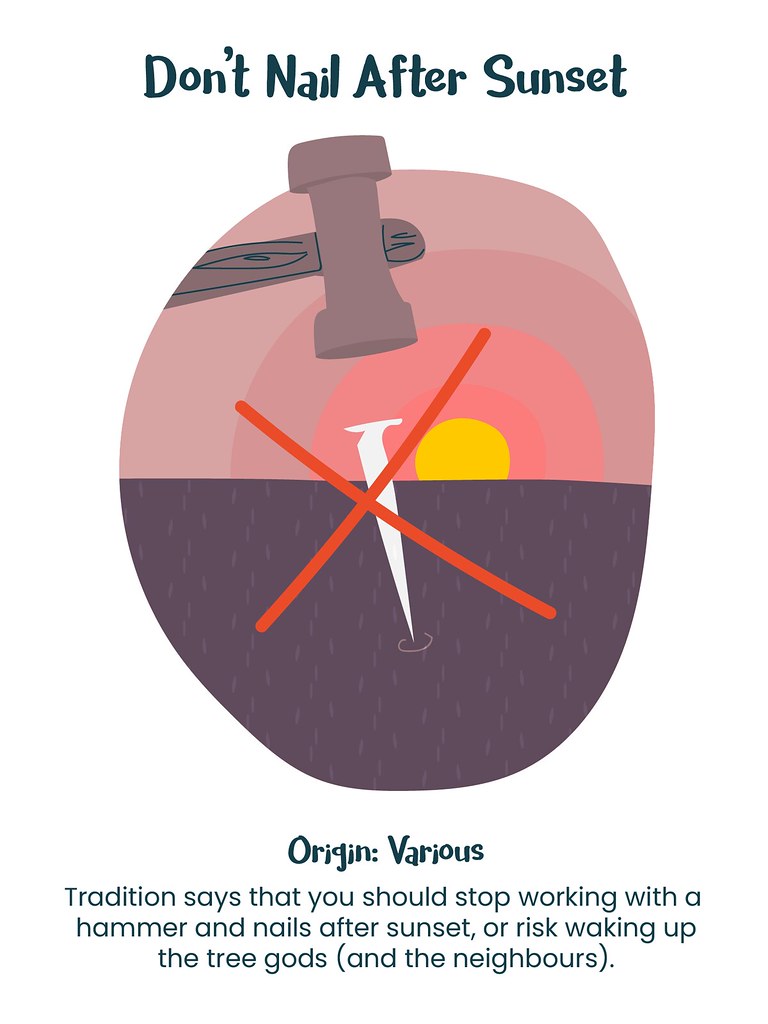 Don’t Hammer a Nail After Sunset

If you want to avoid angering the tree gods (and your new neighbours!), it’s best to avoid hammering nails after sunset. You don’t want to start off on the wrong foot, after all! 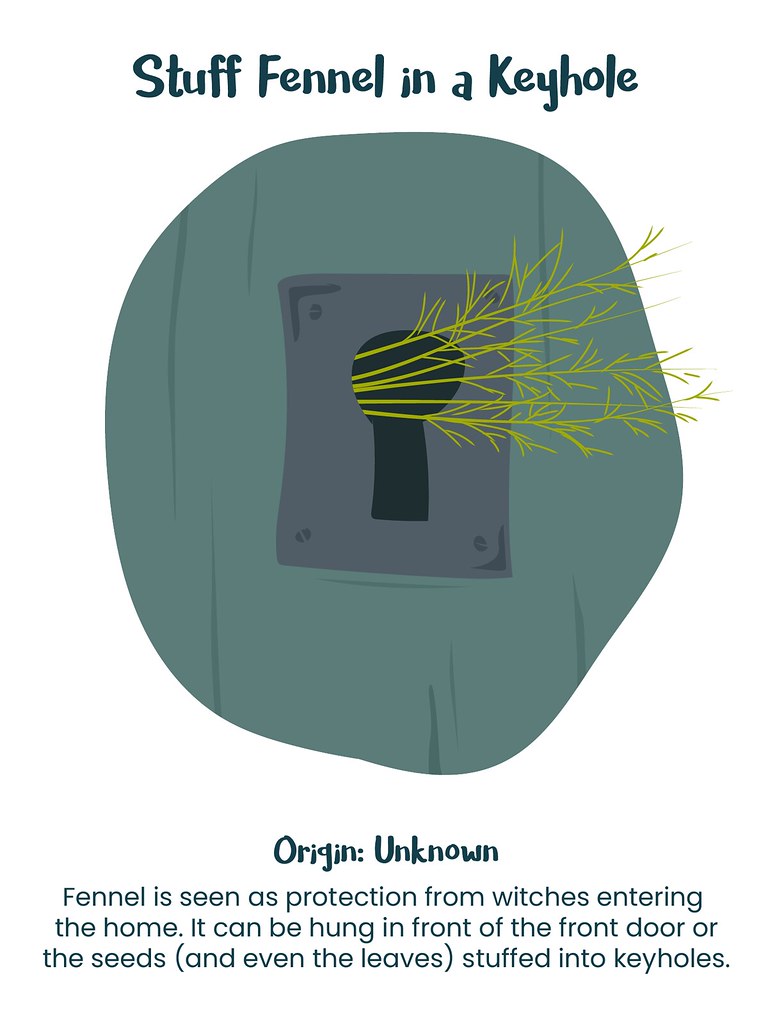 Fennel in the Keyhole

In another herb-related ritual, fennel is the best tool if you want to ward away witches! The herb was thought to prevent bad luck and sorcery. Place some seeds into your keyhole or hang some over the front door to keep those witches at bay. 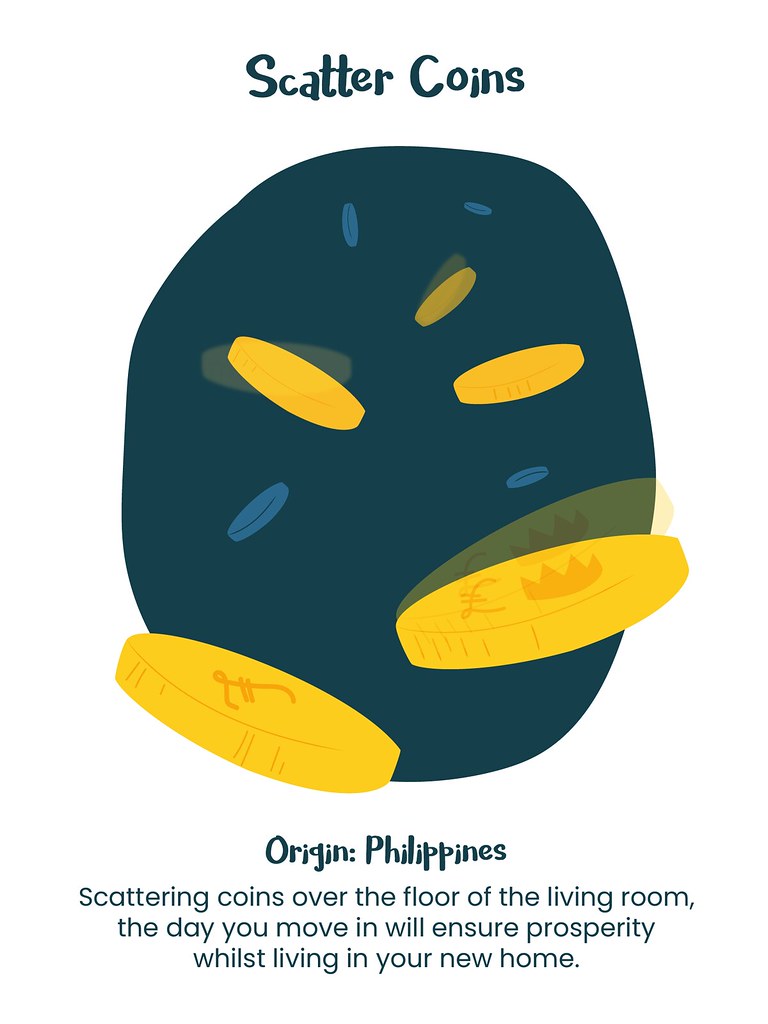 Keep that spare change and scatter it across your new living room. It’s thought to bring prosperity to the owners of the house. 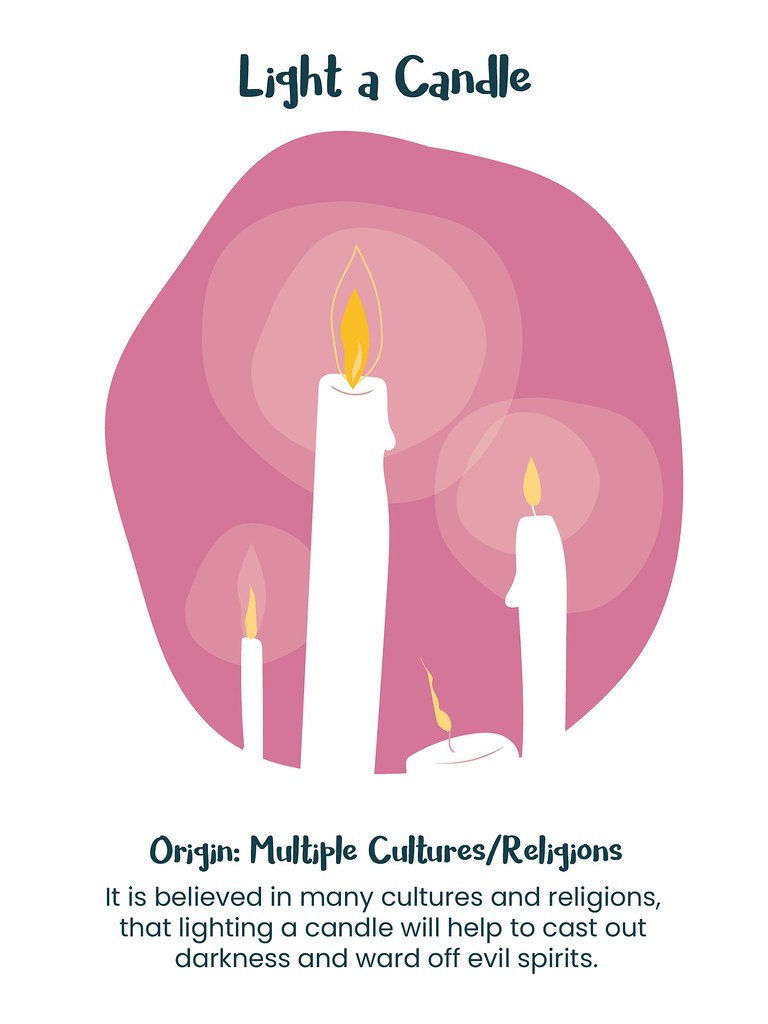 On your first night in your new home, make sure you light a candle. This is said to bless the home and bring light. Others say it helps to cast out any darkness and ward off evil. This tradition is related to the term ‘house warming’, that’s frequently used today to mean a party, but is rooted in the idea of lighting a fire which represents strength, purity and good. 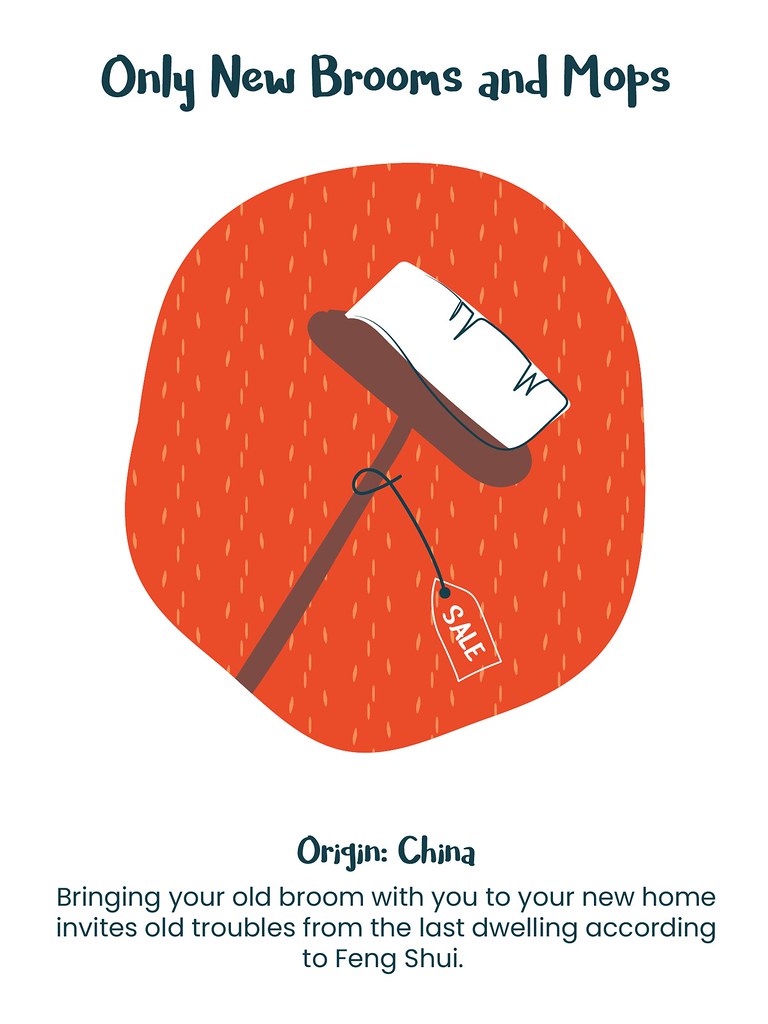 No Old Brooms or Mops

Bringing an old mop or broom to your new home is said to carry with it any negativity in your life. Buying a new one and bringing it the first time you enter your house will help you make a clean start. 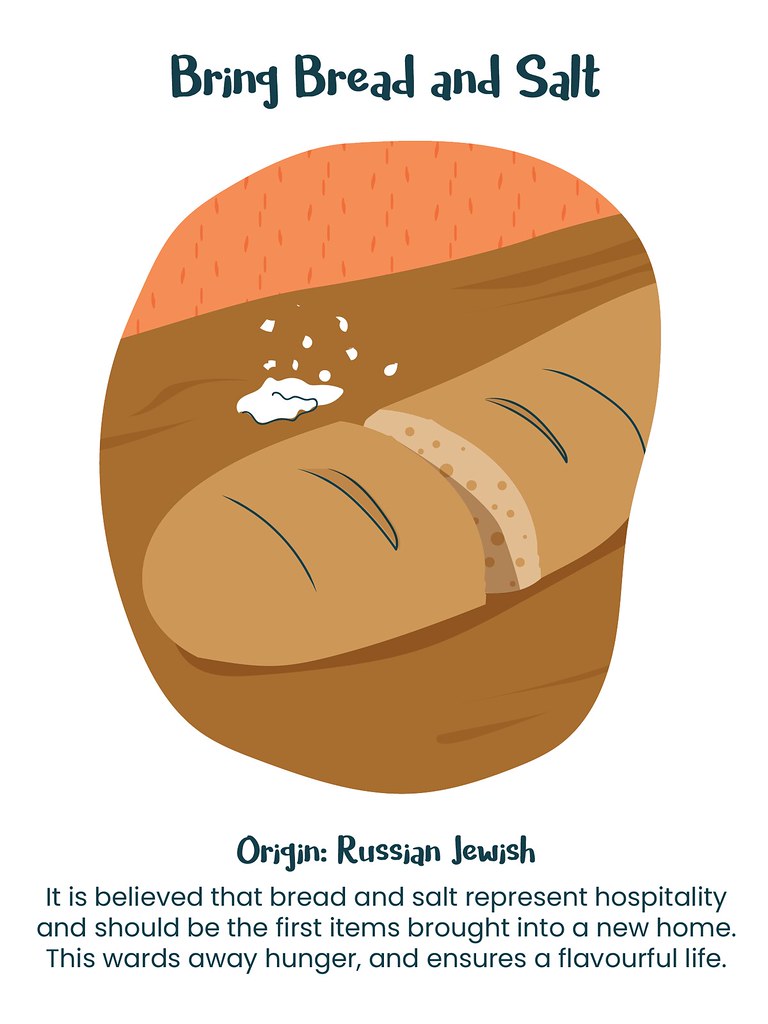 These two items are important signs of hospitality. It’s believed that bread and salt should be the first items brought into a new home. The bread would ensure the inhabitants never know hunger, and the salt brings a life full of flavour. 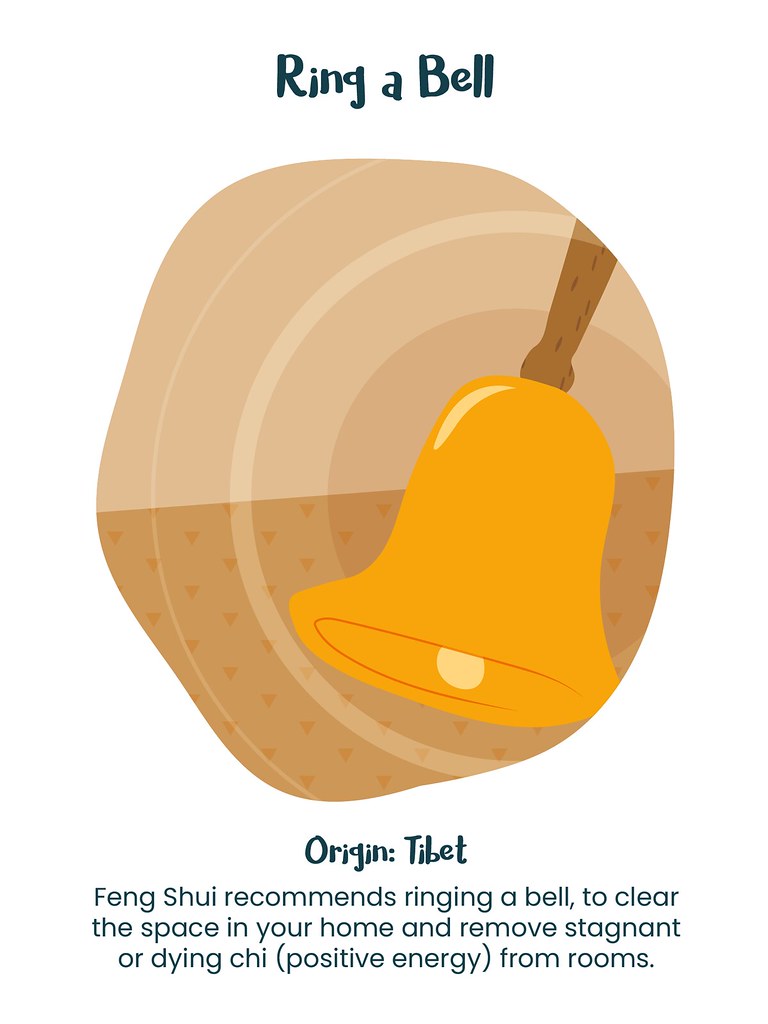 Another Feng Shui technique is to ring a Tibetan space clearing bell. This helps to remove stagnant chi from each room.

Now you’re equipped with a multitude of ways to make sure your new home is a positive and lucky place! And to make things go even more smoothly, why not use our self-storage services to keep your possessions safe and secure while you’re moving? Good luck in your new home!

Other uncategorized cookies are those that are being analyzed and have not been classified into a category as yet.

Advertisement cookies are used to provide visitors with relevant ads and marketing campaigns. These cookies track visitors across websites and collect information to provide customized ads.

Analytical cookies are used to understand how visitors interact with the website. These cookies help provide information on metrics the number of visitors, bounce rate, traffic source, etc.

Performance cookies are used to understand and analyze the key performance indexes of the website which helps in delivering a better user experience for the visitors.

Save & Accept
Powered by